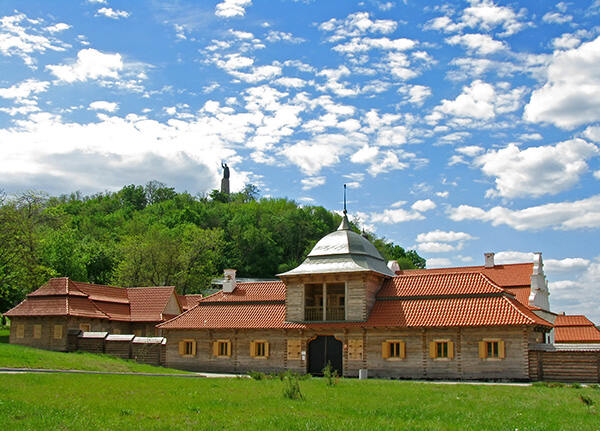 One of the monuments of Ukrainian culture, which is worth visiting by tourists, as well as the local population, is the Castle Hill in Chyhyryn. Chyhyryn is known to many Ukrainians at the rate "History of Ukraine", which is studied in schools and universities.

Chyhyryn is one of the historical and cultural places of the Ukrainian state.

A bit of history

In this place was founded the castle with the city, the warden Vishnevetsky in 1598.. The castle and the city served as an outpost of the Commonwealth and blocked the way for Tatars who raided. To protect the territory of modern Poland a fortress was created. This way was called "black", as it blocked the penetration of the Tatars, because of the many raids and all negatives that these raids carried; the path began to be called

Initially, the castle was wooden; it was surrounded by three rows of walls with moats, which created additional power and inaccessibility.

A little later, the castle becomes a hetman's residence, which happens already in the times of Bogdan Khmelnitsky. In the 1650s it was considered as one of the most reliable and unapproachable in Europe.

After the death of Khmelnitsky, the role of the Chigirinsky Castle is in decline, the new hetman Doroshenko is compelled to defend the land from the Poles, the Turks and the Russian Empire. The Turks could not take the castle from the first time and only having collected 200 thousand troops, took the castle the next year.

According to eyewitness accounts, the defenders of the castle themselves blew it up, after a long siege. There were lit barrels of gunpowder, the castle was blown up so that the enemy would not get it.

Today there are remnants of fortress walls and fortifications that were discovered after the excavations. Already at the end of the 20th century a monument to Bogdan Khmelnitsky was built up.

This place is worth visiting to tought the history of the Ukrainian Cossacks, the liberation war.

How to get there?

The easiest way is to get to Cherkassy, ​​and from there you can already take a minibus to Chigirin. Minibuses go quite often, and the fare is small.

If this option is not for you, we suggest you to use services of our company in any of our offices in Ukraine.