Kryvyi Rig is a large industrial city in the region of Ukraine. There is the most expensive enterprise of Ukraine - "Krivorozhstal". It is believed that the city originated in 1775, when the first station of the post road was opened in the city. There are many unique places in Kryvyi Rig that tourists should pay attention to.

Back in the 1950s. it was conceived to open a local history museum in the city. However, it was built in 1960, when money was allocated from the city budget. Located in the central part of the city. Exhibits in the museum were collected from private collections in the 1960s. They became the basis of the exhibition. 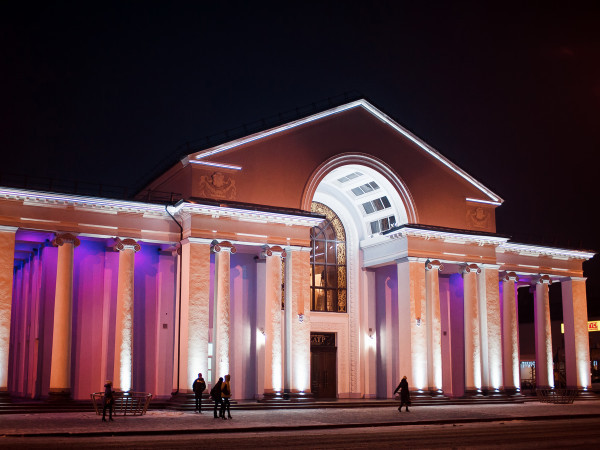 The garden was created with the aim of preserving the diversity of flora characteristic of this region. Representatives of the flora - endangered and rare species located in the local Botanical Garden. The garden area exceeds 52 hectares. Winter gardens are a selection of succulent plants. 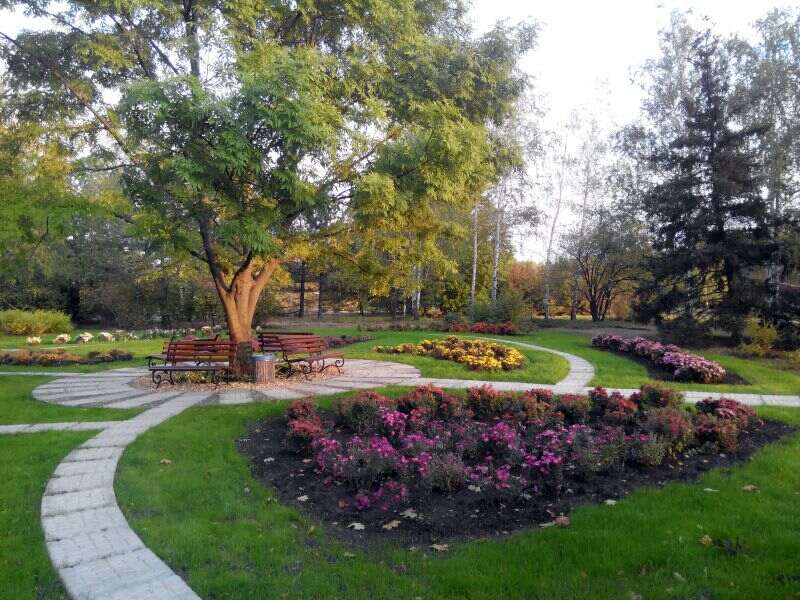 Recommended for visiting for anyone interested in modern painting. Here are the works of not only Ukrainian but also European artists. The gallery began its work in order to create favorable conditions for the creativity of city residents, as well as to get the people acquainted with the art. 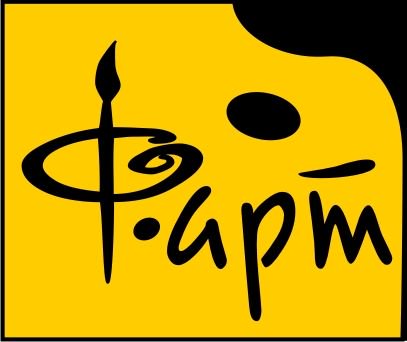 It depicts the figures of the characters of the Ukrainian cartoon "Once Lived a Dog". The sculpture was developed by Kyiv architects, but local residents supplemented it with several details. The monument was opened on May 31, 2014 at the Theater Square. 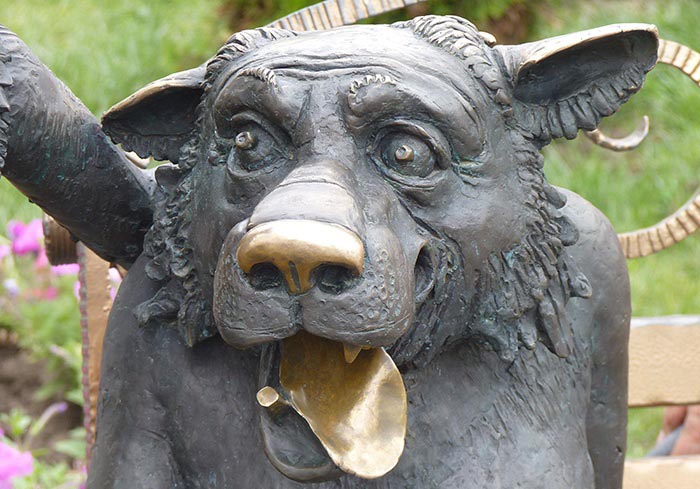 Palace of Youth and Students

The palace was built in the year 2000, and can accommodate up to 1600 people. This is one of the main centers of the cultural life of the city because various events are held here. It is considered the largest concert venue throughout the city. 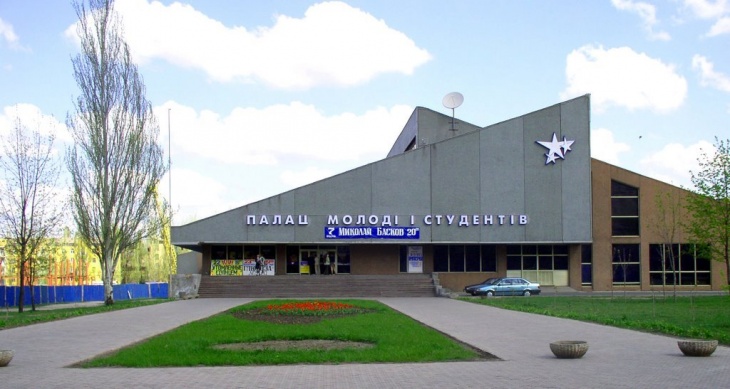 The boat station in Kryvyi Rig is one of the most romantic places in the city, where newlyweds and couples often gather. Although it was built in the 1960s, it has retained its appearance to the present day. 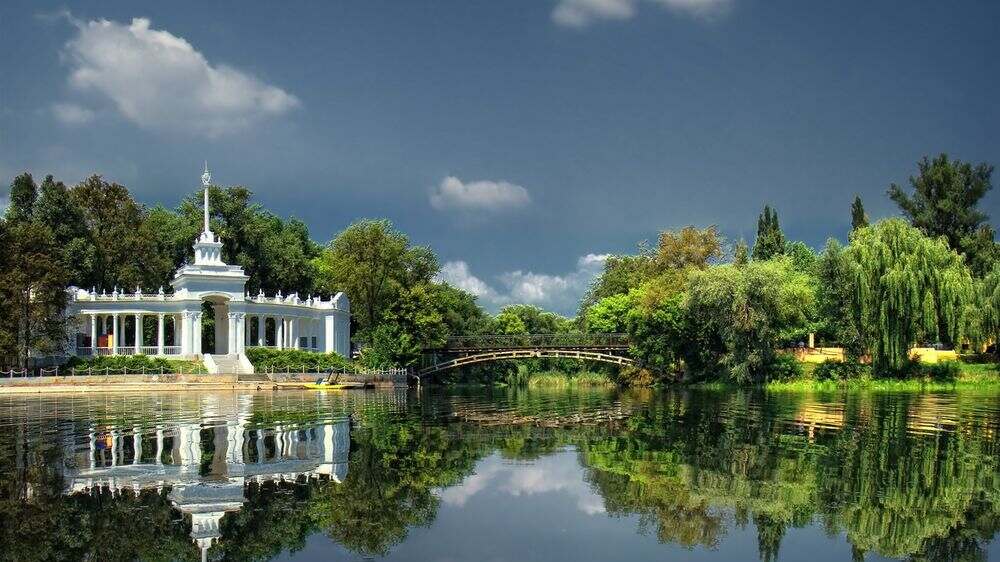 Monument to the Cossack Rig

The monument to the founder of the city is made of bronze. It was opened on May 28, 2011. The sculpture was made according to the project of Alexander Vasyakin. It shows how the Cossack supports the horse at the moment when Rig descended to the ground. 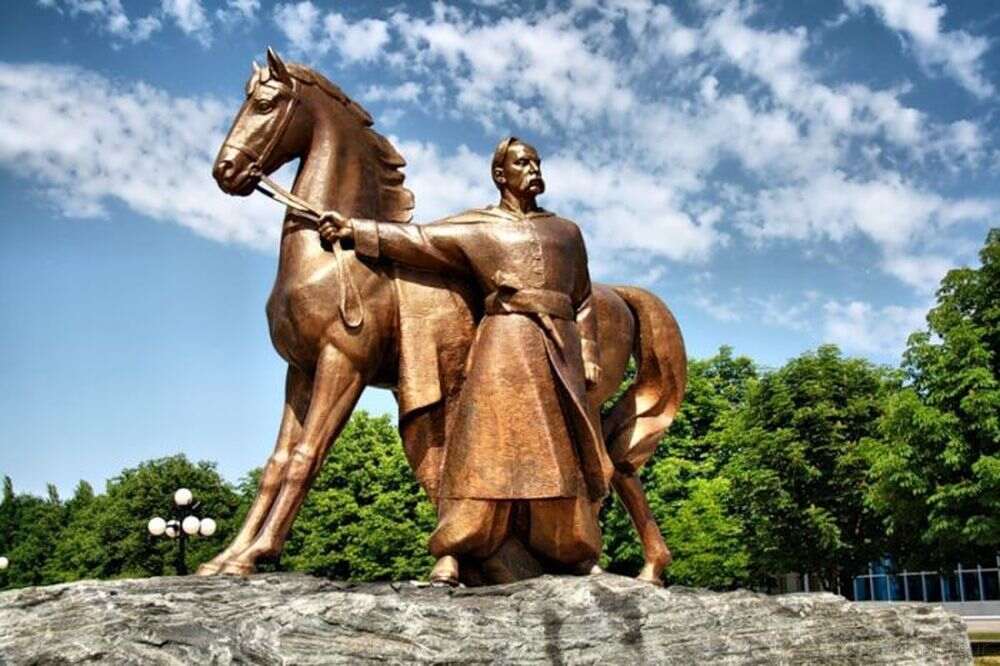